He opened his own office together with Charles M. Gray in 1930. In 1935 he founded another architectural firm with Robert T. Walsh. After receiving a fellowship in 1938 from the Cranbrook Academy of Art, he moved to Michigan and assumed a teaching position in the design department the following year. In 1940, he and Eero Saarinen won first prize for their joint entry in the competition "Organic Design in Home Furnishings" organized by the New York Museum of Modern Art. During the same year, Eames became head of the department of industrial design at Cranbrook, and in 1941 he married Ray Kaiser.

Ray Eames, née Bernice Alexandra Kaiser, was born in Sacramento, California in 1912. She attended the May Friend Bennet School in Millbrook, New York, and continued her studies in painting under Hans Hofmann through 1937. During this year she exhibited her work in the first exhibition of the American Abstract Artists group at the Riverside Museum in New York. She matriculated at the Cranbrook Academy of Art in 1940 and married Charles Eames the following year. 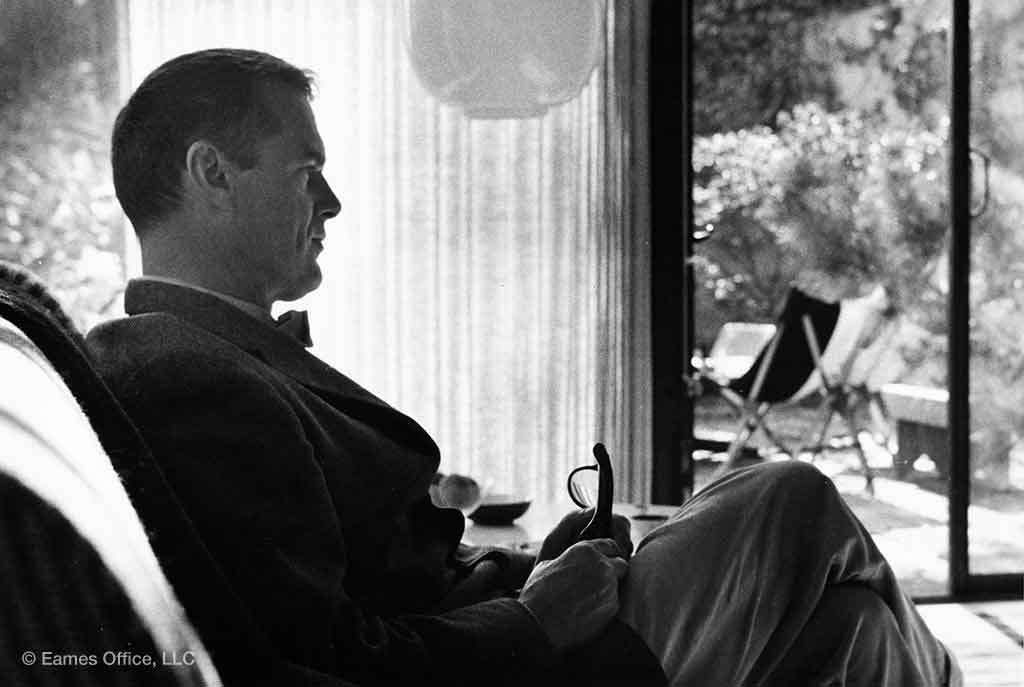 Projects:
Charles & Ray Eames designed and developed stretchers and leg splints made of moulded plywood between 1941-43, and showed an exhibition of experimental moulded plywood furniture at the New York Museum of Modern Art in 1946. The Herman Miller Company in Zeeland, Michigan, subsequently began to produce the Eameses′ furniture designs. In 1948, Charles and Ray Eames participated in the "Low-Cost Furniture Competition" at MoMA, and in 1949 they built their Case Study houses. Around 1955 they began to focus more on their extensive work as photographers and filmmakers, and in 1964 an honorary doctoral degree from the Pratt Institute (New York) highlighted Charles achievements.

The Eames Office designed the IBM Pavilion for the 1964-65 World′s Fair in New York, and the year 1969 offered the opportunity to participate in the exhibition "Qu′est-ce que le design?′ at the Musée des Arts Décoratifs in Paris. In 1970-71, Charles was invited to hold the Charles Eliot Norton Professorship of Poetry lecture series at Harvard University. MoMA again presented an exhibition of their work, entitled "Furniture by Charles Eames", in 1973. Charles Eames died in St. Louis in 1978; Ray′s death followed in 1988.

The influence of Charles and Ray Eames was fundamental to the development of Vitra. Its activity as a furniture manufacturer began in 1957 with the production of their designs. Yet it was not only the products of Charles and Ray Eames that left their mark on Vitra. With their approach to and understanding of design, they made an ongoing contribution to the values and goals of the company. 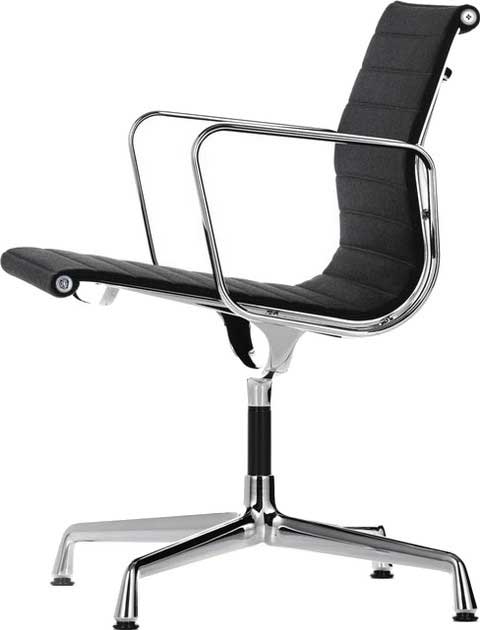 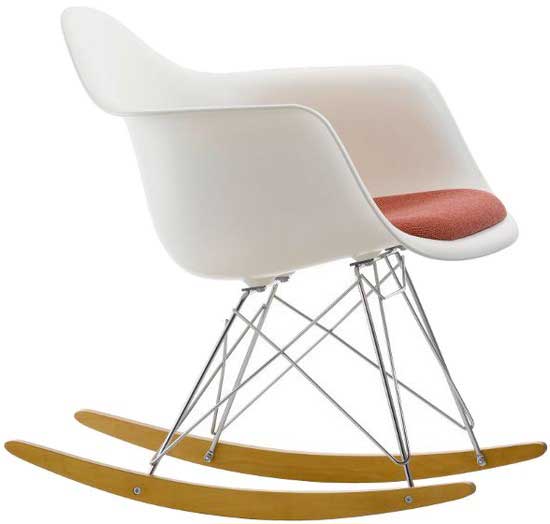 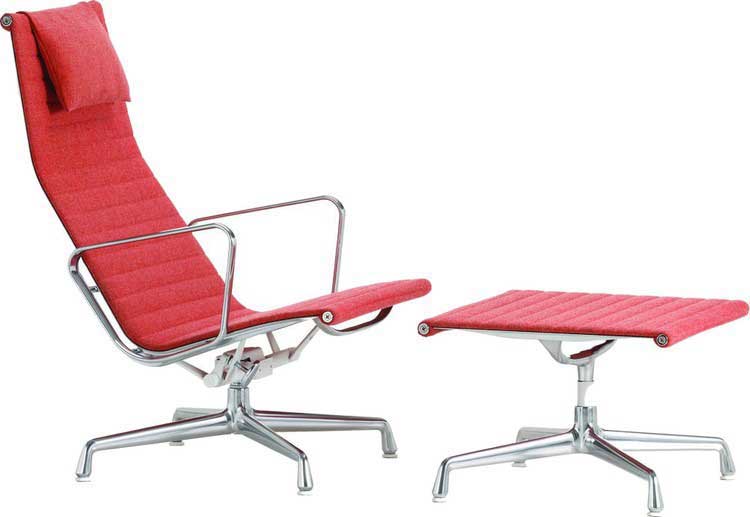 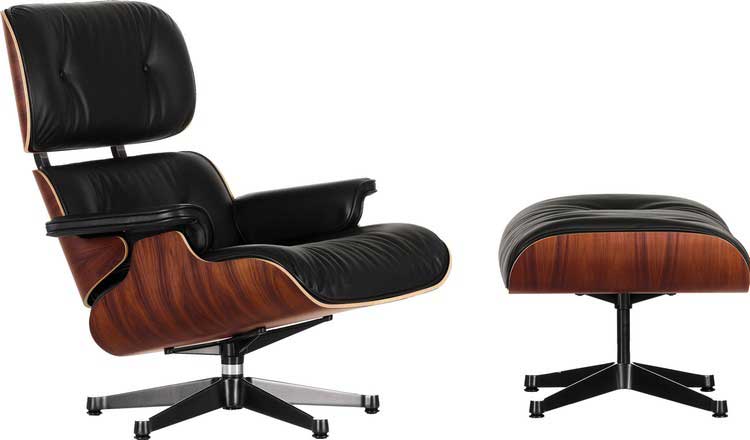 Lounge Chair and Ottoman designed in 1956