SEATTLE (September 10, 2014) - The Bill & Melinda Gates Foundation today announced that it will commit $50 million to support the scale up of emergency efforts to contain the Ebola outbreak in West Africa and interrupt transmission of the virus.


The foundation will immediately release flexible funds to United Nations agencies and international organizations involved in the response to enable them and national governments to purchase badly needed supplies and scale up emergency operations in affected countries. In addition, the foundation will work with public and private sector partners to accelerate the development of therapies, vaccines, and diagnostics that could be effective in treating patients and preventing further transmission of the disease.


"We are working urgently with our partners to identify the most effective ways to help them save lives now and stop transmission of this deadly disease," said Sue Desmond-Hellmann, CEO of the Gates Foundation. "We also want to accelerate the development of treatments, vaccines and diagnostics that can help end this epidemic and prevent future outbreaks." 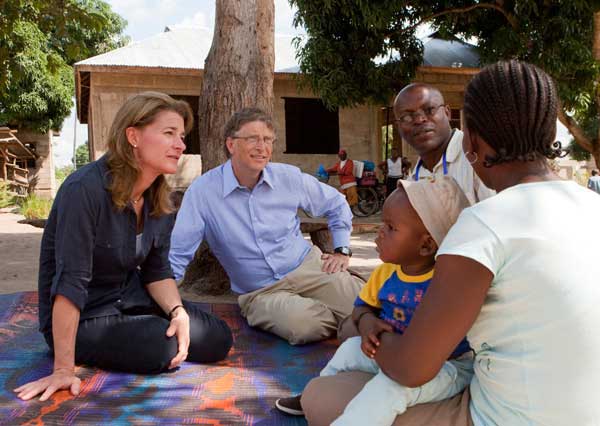 To date, the Gates Foundation has committed more than $10 million of the $50 million to fight the Ebola outbreak, including $5 million to WHO for emergency operations and R&D assessments and $5 million to the U.S. Fund for UNICEF to support efforts in Liberia, Sierra Leone and Guinea to purchase essential medical supplies, coordinate response activities, and provide at-risk communities with life-saving health information. An additional $2 million will also be committed immediately to the Centers for Disease Control and Prevention to support incident management, treatment, and health care system strengthening.


In August, Nigeria responded to the current crisis by opening an Emergency Operations Center (EOC) in Lagos, with support from the foundation and the Dangote Foundation. Leveraging expertise and lessons from the national polio program, the EOC has been at the center of an aggressive push by the federal and state governments to contain the spread of the virus, and there is cautious optimism that this prompt action may have helped avert a broader outbreak.


As additional grants are made, the foundation will provide further details on its funding commitments to on-the-ground operations and to research and development for Ebola drugs, vaccines, and diagnostics.

About the Bill & Melinda Gates Foundation

Guided by the belief that every life has equal value, the Bill & Melinda Gates Foundation works to help all people lead healthy, productive lives. In developing countries, it focuses on improving people's health and giving them the chance to lift themselves out of hunger and extreme poverty.


In the United States, it seeks to ensure that all people especially those with the fewest resources have access to the opportunities they need to succeed in school and life. Based in Seattle, Washington, the foundation is led by CEO Sue Desmond-Hellmann and Co-chair William H. Gates Sr., under the direction of Bill and Melinda Gates and Warren Buffett.


Source for this article: www.gatesfoundation.org