The salt consumption of the Japanese is simply too high - salty food is preferred there. To reduce this salt consumption, researchers have developed electric chopsticks that increase the salty taste of food by a factor of 1.5. Here is some information about this, for us, bizarre invention.


One problem in Japan is the population's high consumption of salt – which is about 10 grams of salt per day for the average Japanese adult, double the amount recommended by the World Health Organization. Accordingly, health problems such as high blood pressure and related diseases are widespread. 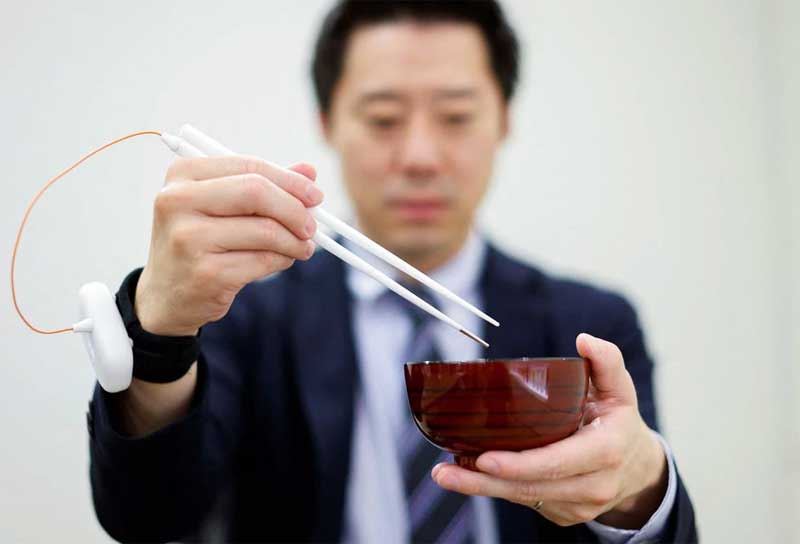 However, less soy sauce or salt means that the food initially tastes bland to the average Japanese. The body gets used to the reduced amount of salt and the taste buds then perceive the taste of salt better - at least in my experience, since I have been consuming little salt for many years and often moan about the too salty food outside.

The idea was that science should be able to help. The result is electric chopsticks that, according to the researchers, amplify the taste of salt by a factor of 1.5. According to a press release from Meiji University in Tokyo (Japan), the new electric chopsticks were developed in cooperation between experts from Meiji University, the Yoshinori Miyashita Laboratory of the Department of Advanced Media Studies and Japanese food manufacturer Kirin. 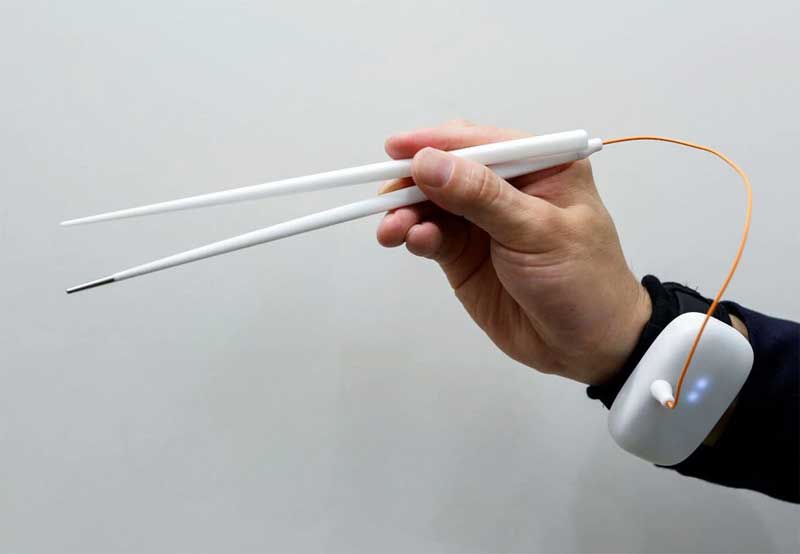 A chopstick has a metal tip and is connected to an electric bracelet so that when you eat, a small electric current can flow through your tongue through your body to the bracelet. The current stimulates the taste buds, which then signal "salty" to the brain - probably anyone who has ever licked the electrical poles of a 9 volt battery with their tongue knows that, the tingling tastes slightly sour or salty.


Developer Miyashita states that the device uses a low-level electric current to move sodium ions from the food through the chopsticks into the mouth, where they create a salty sensation. "The result is a 1.5x increase in salty taste." Miyashita and his lab have explored various ways technology can interact with and stimulate human sensory experiences. He has also developed a lickable television screen that can imitate various food flavors.

Excess sodium consumption has been linked to an increased incidence of high blood pressure, stroke and other diseases. "To prevent these diseases, we need to reduce the amount of salt we eat," Reuters quoted Kirin researcher Ai Sato as saying. 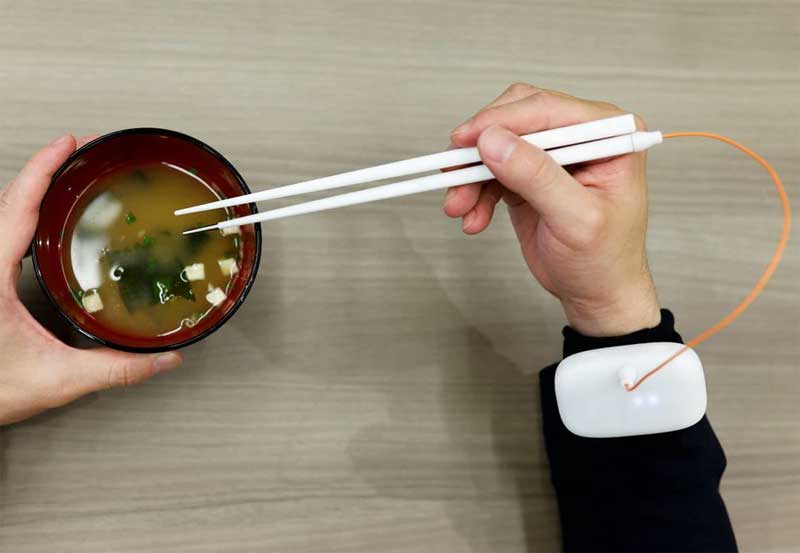 "If we try to reduce our salt intake in the traditional way, we would have to painfully give up our favorite foods or eat bland foods."

The whole thing is currently still a prototype that looks quite clumsy. Miyashita and Kirin are currently working on further developing their prototype chopstick and hope to launch it as early as next year.