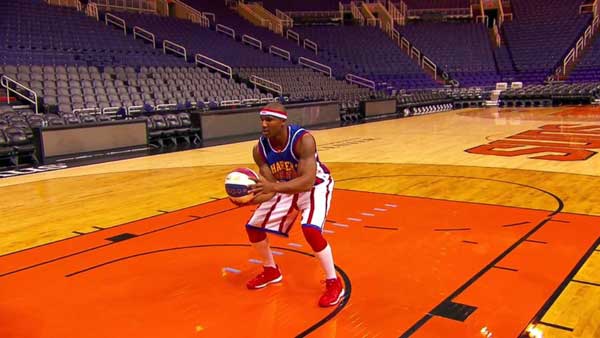 The record was set by Thunder Law (USA) of the Harlem Globetrotters, at US Airways Center in Phoenix, Arizona, USA, on 11 November 2013.

The attempt was in celebration of GWR Day 2013. The record was attempted by three Harlem Globetrotters players, who all shot for one hour until Thunder Law made it in.