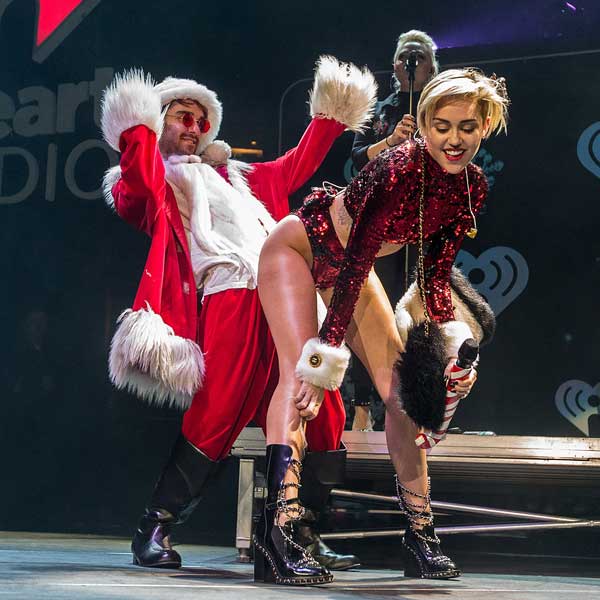 Twerking is a type of dancing in which an individual, usually a female, dances to music in a sexually provocative manner involving thrusting hip movements and a low squatting stance

Though the term seems to be of uncertain origin with common assumptions suggesting it is a contraction of "footwork" and a portmanteau of the words "twist" and "jerk", there is evidence from ethnographic interviews in New Orleans that the term began as street language in New Orleans with the rise of the local hip-hop music known as Bounce.

Since the late 1990s, twerking was associated with Bounce music of the Dirty South and was disseminated via mainstream hip hop videos and popular video-sharing sites since the mid 2000s.

Influence
In 2005, a trio of teenage girls founded The 'Twerk Team', and joined YouTube on June 5, 2009. Now composed of two African American sisters from Atlanta, Georgia. Since the foundation of the team, they have been posting videos of "them gyrating and shaking their butts, to a point that it's artistic." It was called "YouTube's foremost ass-shaking troupe" by gossip website Gawker. As of December 2012 their channel had a total of more than 74 million views and more than 250,000 subscribers. Their Twitter account has about 115,000 followers.[49] The website Urban Dictionary, claims that they became popular for their dance to the song "Donk" by Soulja Boy.

In 2013, 33 students from Scripps Ranch High School in San Diego, were suspended for using school equipment to make a twerking video on school grounds that was later uploaded to YouTube.

In August 2013, American recording artist Miley Cyrus generated controversy following a sexually provocative performance during the 2013 MTV Video Music Awards, in which Cyrus twerked during a medley of her track "We Can't Stop" and "Blurred Lines" and "Give It 2 U" by Robin Thicke.